I am a freelance full stack web map developer. Everything I make is with a creative focus, from geo-data analysis to cartographic visualizations on the web. Check my online projects for my work online. Next to building things I love to talk and teach about web GIS. Check my workshops and presentations for past and future work and reach out to me if you would like me speak! In my free time I am always creating things. As artist and tinkerer. Check my offline projects for everything tangible I create. Want to know more or get into contact with me, check about me. I also used to organize Maptime Amsterdam and Maptime Utrecht.

Powered by Hugo Theme based on a template by Kishan B

I am a freelance full stack web map developer. Check my online projects for my work online and workshops and presentations. In my free time I am a artist and tinkerer. Check my offline projects Check About me to know more about me.

I bought this old fashioned wedding gown before as a costume and already wore it several times and different occasions. So it was not possible to wear this anymore to any party… What to do with this lying around on the attic? So I after spotting some cheap christmas ornaments at the second hand store the idea was born to make an Ice Queen dress out of it!

This is the dress. A lace top with beads on the arm and neck. The skirt is shorter in the front and long in the back. 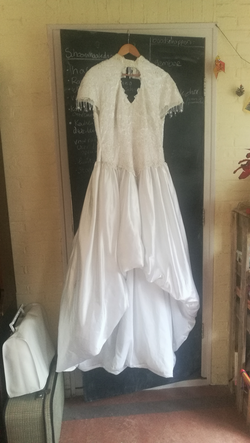 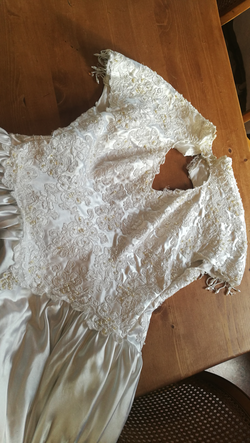 Then I just attached all kind of fabrics (tulle, organza) in straps to the dress with a glue gun. I ordered the blue organza online. Very cheap fabric. And found some silver organza at the second hand shop.

On the edges I glued some plastic icicles on a string, which I also found during the Christmas sale. Everything is just glued on with a glue gun. 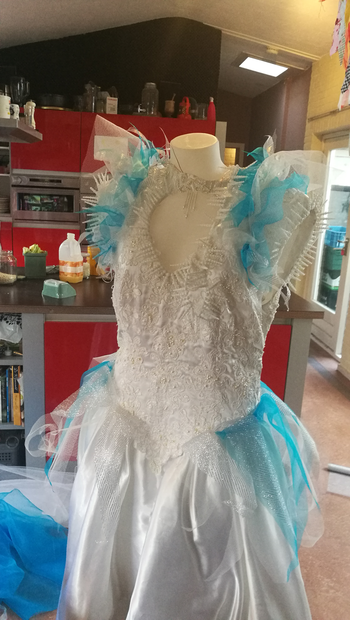 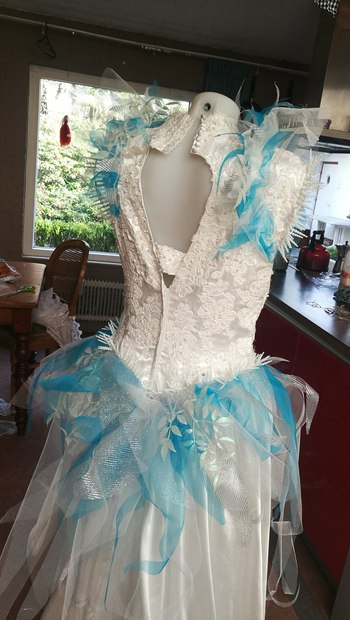 I just kept on adding and adding straps of fabric to get full shoulder and skirt.

For under the dress I made a full length petticoat of 2 layers, with white tulle in 3 tiers. And one full circle blue organza skirt.

The crown is made form an iron wire base frame. I covered this first with organza fabric straps and a plastic beaded string. Fixed the ends with the glue gun again. I found some cheap christmas sale ice chrystal lights and glued this on. I went on and on with adding stuff until I had this amazing Ice Queen crown! Because it was a little heavy to the front I ended up attaching an elastic band around my head to make it stay on. 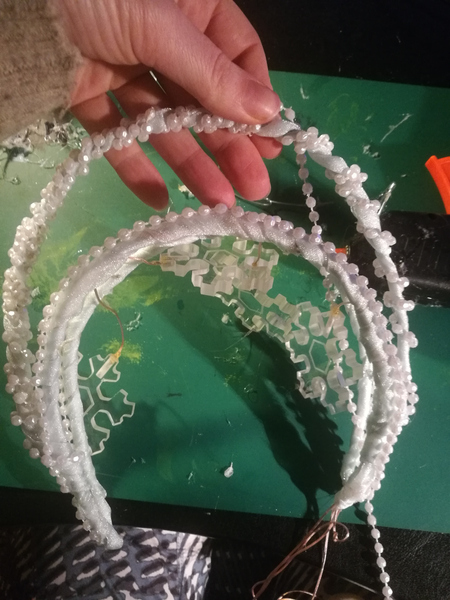 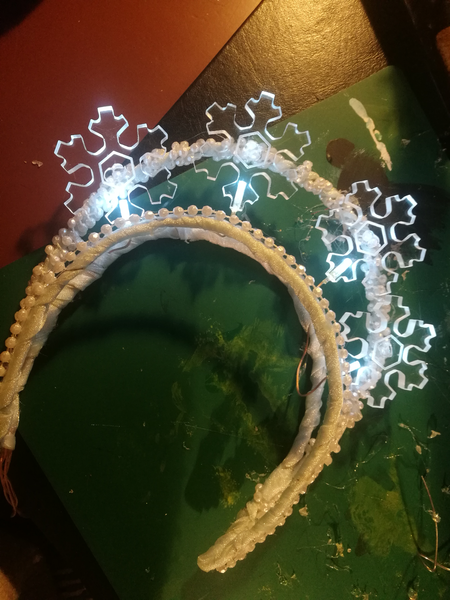 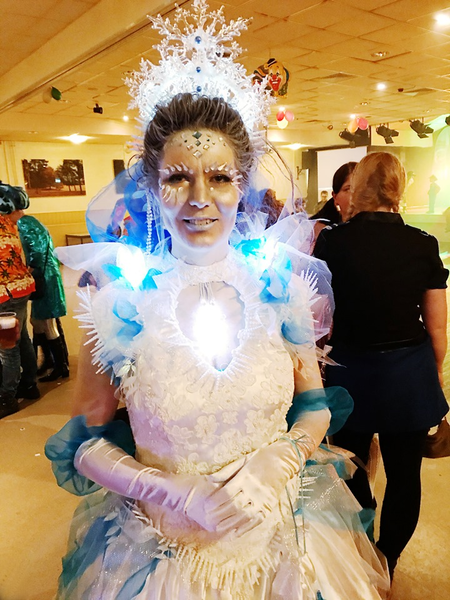 And with a super cute Ice princess: 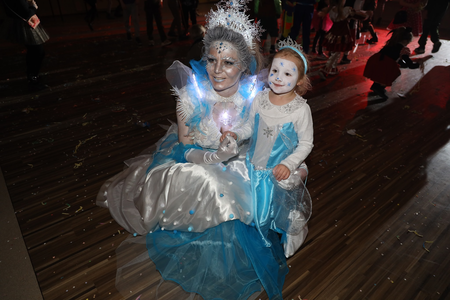